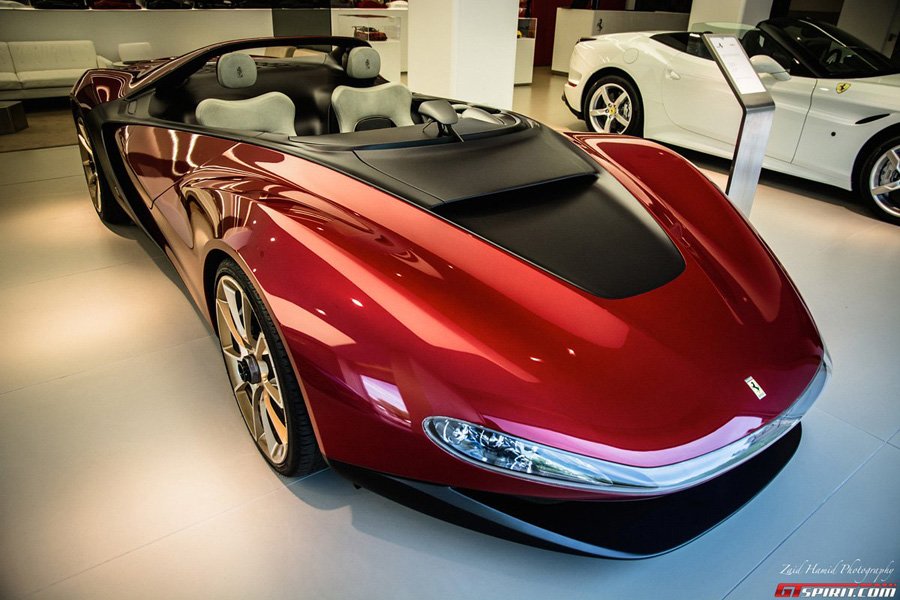 Originally introduced as a concept car in 2013 in memory of a deceased son of the founder of Pininfarina, the legendary Italian design house, only six of these cars have been made as of yet, thus becoming one of the most coveted cars. This is one of the costliest Ferraris ever made and is based on the Ferrari 458 Spider. Each of the handmade units has an all-carbon-fibre frame, and is an open air luxury car with two seats. Like the Ferrari 458, it has no roof, side windows and windshield, and is 330 pounds lighter than its ancestor. This makes it smarter and quicker, though it has the same naturally-aspirated 4.5 liter F136F V-8 engine, which sends 562 hp to the rear wheels. The renovated interior also comes with a host of interesting details like aerodynamic headrests built directly into the roll cage.