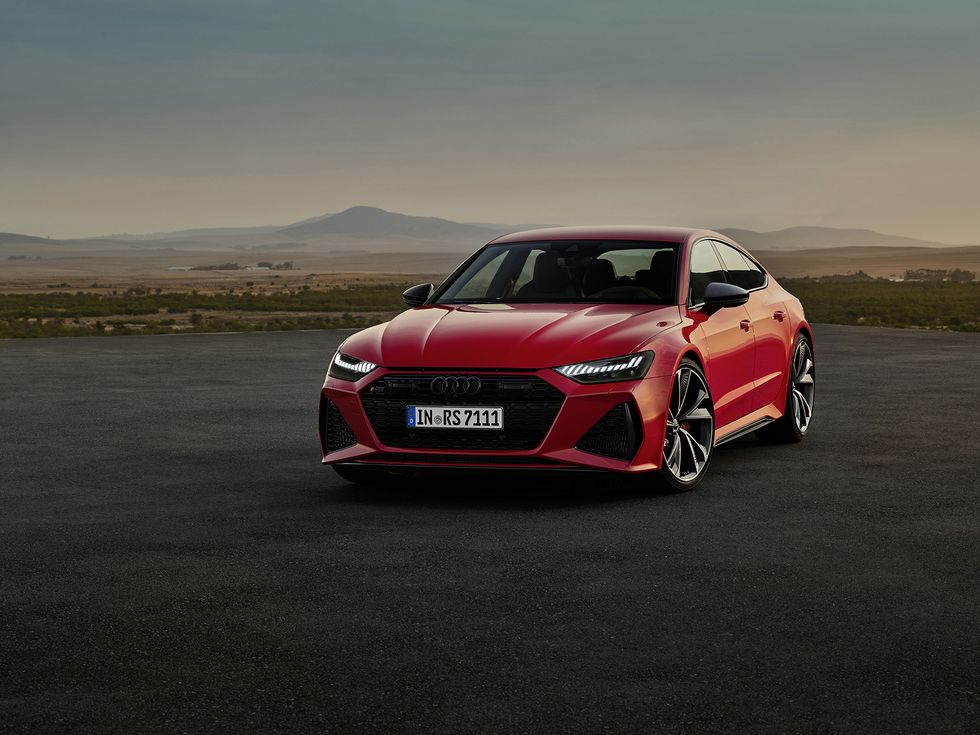 Audi RS 7 Packs 591 HP of Sleek Fastback Performance. Under the hood of Audi’s newest Sportback is a twin-turbo V-8 paired with a 48-volt mild-hybrid system. It’s a rocket.

Like the RS 6, the RS 7 is new for 2020, with fresh looks front and rear, and a redesigned interior. The car is 1.6 inches wider and 0.8 inches than the standard A7, and thanks to standard air suspension, drops a further 0.4 inches over 75 mph. At that same speed, the active rear spoiler also deploys.

Under the hood sits Audi’s familiar 4.0-liter twin-turbo V-8 engine, paired with a 48-volt mild-hybrid system, making a combined 591 horsepower and 5990 lb-ft of torque. Power gets to the ground via an eight-speed automatic transmission and Audi’s signature Quattro all-wheel drive system. The torque distribution is 40-60 front to rear as standard, but the car can automatically distribute up to 70 percent to the front or 85 percent to the rear when necessary. The 0-62 sprint happens in just 3.6 seconds, and top speed is electronically limited to 155 mph. If you option the Dynamic package, that number is raised to 174 mph. Option the Dynamic Plus package, and it’s raised to 189.5 mph. There’s also rear-wheel steering, which can turn as much as five degrees in the opposite direction at low speeds, and up to two degrees in the same direction at high speeds, improving maneuverability and stability.