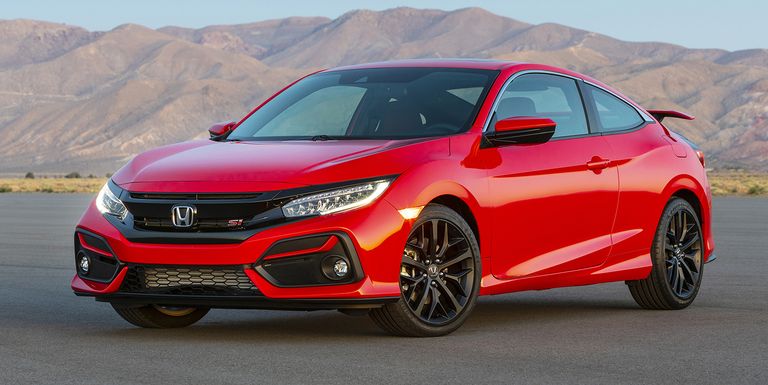 As far as the powertrain goes, no changes have been made for the 2020 model year. The Civic Si coupe and sedan both still use the 1.5-liter turbocharged inline four from the base Civic, tuned to 205 horsepower 192 lb-ft of torque. Like before, the only choice of transmission is a six-speed manual. What has changed is the final drive gear ratio—it’s shorter by six percent according to Honda. That means while the transmission gearing is the same, the gearing in the limited-slip differential is shorter, resulting quicker acceleration, but higher RPMs while cruising on the highway.

Cosmetic changes include a revised front fascia, with redesigned foglight surrounds featuring gloss trim. The Si coupe gets LED headlights as standard, while the sedan gets an updated rear bumper to match the front’s new design. Both cars get a newly redesigned central infotainment system with a selection of physical buttons, including—wait for it—a real volume knob, replacing the widely disliked touch-sensitive scroll bar. There’s also new seats with red accents and a slew of new driver assistance features.